A Crash Course in Ceylon Tea 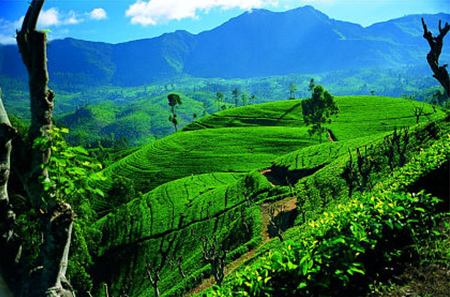 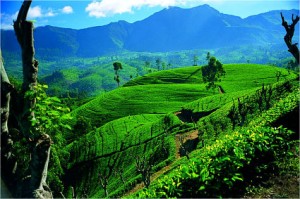 Are you searching for a type of tea to share with your tea party friend? Consider Ceylon tea from Sri Lanka.  This tea has an amazing rich heritage and goes well with a variety of simple tea menus for all times of day.  below you will find a great deal of information on this delicious drink.

Produced in Sri Lanka, Ceylon tea is a black tea that is fully oxidized. It is grown all year round; however, the best and highest-quality Ceylon teas are grown in February and March and then again in August and September. In the remaining months of April, May, June, October, November, and December, the Ceylon tea yield is higher, yet lower in quality. Ceylon tea harvested in January has the lowest quality of all.

On the other hand, medium grown Ceylon teas have strong leaves and are typically sold for commercial use. The average tea drinker will appreciate a tasty cup of this brew. Lastly, low grown Ceylon teas produce strong, but plain drinks. They are often used as filler teas for blending.

The tea gardens in Ceylon that produce the best and highest quality teas include Nuwara Eliya and Dimbula. Keep in mind though, that these are also the highest priced! However, they can be well worth the money for avid tea drinkers who enjoy tasting rare and delectable drinks. Other tea gardens, such as Kegalla which lies in the low country, yield more common teas. These are sold worldwide.

Ceylon teas can be enjoyed with just about any type of food – especially breakfast foods such as biscuits, tarts, and toast. It can be enjoyed in the morning, afternoon, or as a soothing drink before laying down for a good night’s rest.

Other than water, tea comes in second on the list of the most consumed beverages in the world. Ceylon tea in particular is known for being a healthy drink to consume. It contains no calories, fat, or carbohydrates. Instead, it is a natural source of vitamins and mineral nutrients that help with a body’s growth, digestion and sense of well-being.

Recent research also shows that Ceylon tea is rich in dietary antioxidant flavonoids – even more so than than fruits and vegetables. These antioxidant flavonoids protect the body’s cells as well as the immune system. It is widely believed that drinking tea slows down the aging process and helps people live longer lives.

Other great articles on tea:

Keemun: The most popular tea in town

Tea Party Girl asks:    Have you tried Ceylon?  What is your favorite tea estate in Sri Lanka?