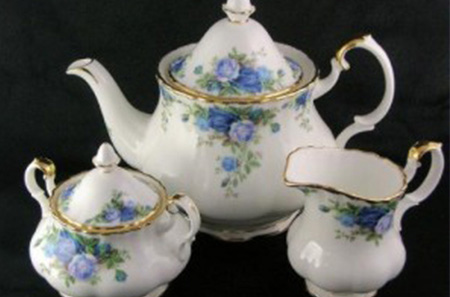 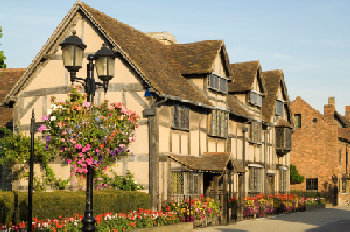 Stratford upon Avon, the birthplace of William Shakespeare

Poetry has been around much longer than afternoon tea in Western Civilization. But in the honor of the Bard’s birthday and April being National Poetry Month, I wanted to share with you one of my recent favorite finds that helps me celebrate Beauty. Simplicity. Classically. Besides, I wasn’t invited to Suri’s tea party, so I can’t blog about that. (Oh, to just have five minutes surrounded by $17,000 worth of flowers…).

Far from the expert, I experienced the richness of poetry, including Donne, Bradstreet, Herbert, and Shakespeare in the last few years out of the sheer necessity of needing to teach it. And my children memorize poems as part of their grammar curriculum. One is particularly despised and appreciated at The Wellspring with a love-hate relationship:

A Tragic Story by William Makepeace Thackeray
There liv’d a sage in days of yore
And he a handsome pigtail wore
But wonder’d much and sorrow’d more,
Because it hung behind him.

He mus’d upon this curious case,
And swore he’d change the pigtail’s place,
And have it hanging at his face
Not dangling there behind him

Then round and round, and out and in,
All day the puzzled sage did spin;
In vain — it matter’d not a pin —
The pigtail hung behind him.>

And right and left, and round about,
And up and down, and in and out,
He turn’d, but still the pigtail stout
Hung steadily behind him.

And though his efforts never slack,
And though he twist, and twirl, and tack,
Alas, still faithful to his back,
The pigtail hangs behind him.

Now, the teacher of literature seeks to teach students of literature that to truly appreciate poetry, it needs to be read aloud. One must play with the words and let them roll on the tongue, savoring their flavors and combinations. And now I know how to help them believe me. Mental multivitamin recently turned me on to one of my absolutely favorite new resources, When Love Speaks.

It captured my interest immediately when it opened with the whispers of one of my favorite actors reading Shakespeare as if we were sitting in the drawing room drinking sherry with a small group after dinner. With the occasional melodic interpretation interspersed throughout, over fifty tracks based on Shakespeare’s sonnets are read by famous actors with all their talent inflecting their expression at just the correct time.

In the day where our local radio station still plays Air Supply on Saturday nights (and they wonder why they’re a dying medium?) and not all of us are into Mariah Carey’s “Touch My Body”, I’d like to think romantic couples somewhere might enjoy this instead. Truly, even if sharing sonnets with your significant other is not your sentiment, purchase this CD for yourself and listen to the writings of the greatest writer of the the English language. There’s nothing like hearing it read by Colonel Brandon (or Severus Snape, depending on your current literary bend) to turn one into a fan.

Are you a Shakespeare fan? Could you be? Remember, it was the ale-swigging peasants that crowded the theater floors willing to stand throughout his performances. He isn’t for highbrow intellectuals. Just like tea parties, sometimes Shakespeare’s given the bad rap of stuffiness.