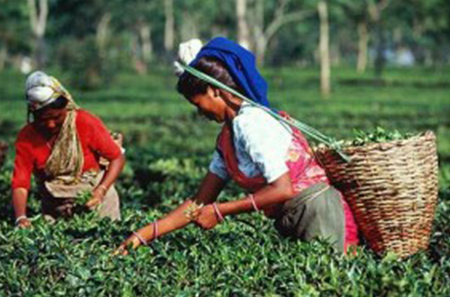 Growing along India’s Brahmaputra River amid tigers, jungles, and one-horned rhinos, you will find it. You will immediately notice its body, its briskness, its bold color, and its malt flavor.

It is Assam tea.

In fact, the area alone produces over 1,500,000 pounds of tea every year on more than 800 tea estates. Assam tea accounts for 51% of the tea produced in India, and 1/6th of the tea produced in the world. Although much of the tea is commercial in quality, not all of it is. Some very expensive, high-quality tea is also grown here. It is interesting to note that China and Assam are the only two areas in the whole world with native tea plants. 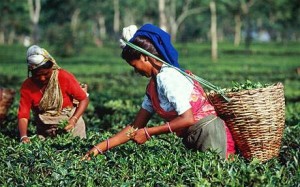 Assam makes a good base for Chai Tea

A British trader named Robert Bruce discovered the wild tea plant in India in 1823. Bruce had been on a trip to India when he came across the plant in the hills of Rangpur. Although Bruce died soon after his discovery, his brother, C.A. Bruce, made the tea known to the British government.

The British were more than happy to have the opportunity to attain tea from India, for at the time most British drank from China. It was very costly to have tea imported to Britain from China, and so India was considered a very good alternative. Not only was it more cost effective for the British to get their tea from India, but the Assam tea they found there was beyond enjoyable to their sense of taste!

Assam tea has a first and second flush, just as Darjeeling does. The first flush is immediately noticeable by a rich, fresh aroma, while the second flush is “tippy”. This flush is one of the most well known of the “tippy teas”, whereas it is a black tea with golden tips on it. Only certain tea estates have the abilities to produce these tippy teas.

The golden tips on tea leaves often make the tea astringent. This contributes to a smooth, 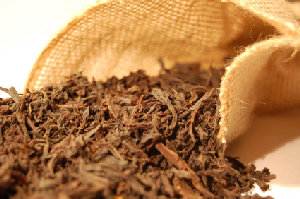 sweet – not to mention malty – flavor that is often enjoyed by most avid tea drinkers.

However, Assam tea will refresh the mouth and body at any time of the day. It can be especially invigorating when it is served hot with milk and sugar. It is also very delicious when served with a slice of lemon or when it is used to make iced tea. You simply can’t go wrong with a tasty cup of Assam tea. It will soothe the senses, as well as the soul.

Did you like this article?  Read these as well!

Pu-erh: not your typical cup of tea

Keemun: The most popular tea in town

Tea Party Girl asks: Do you drink Assam?  If so, with or without milk and sugar?