Does Green Tea Have Caffeine In It? 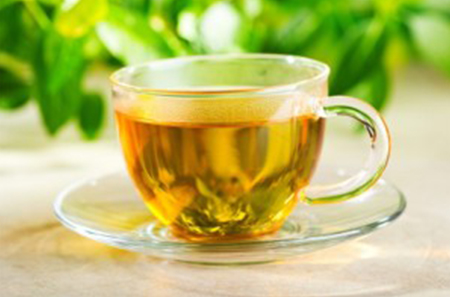 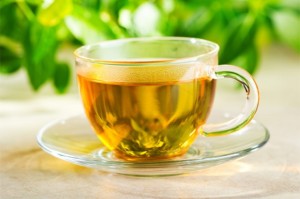 Does Green Tea have caffeine in it? Yes, it does.

If you’re someone conscious of your caffeine intake – or the intake of those in your care – the question of whether green tea benefits outweigh any green tea caffeine content is one you are wise to ask.

For some, even a small amount of caffeine in their diet during the day can affect their ability to get a good night’s sleep.

Caffeine is a stimulant drug that can be addictive to some, even if it is a naturally occurring product.

So whilst green tea benefits abound, the question of – does green tea have caffeine – is a prudent one to ask.

“Does Green Tea have caffeine in it? Yes, it does.”

If you are wanting to eliminate caffeine from your system completely – for example, if you (or someone you care for) are pregnant, an athlete or a young child, then do not include green tea in your diet. There are many beautiful herbal teas or tisanes that are delicious and refreshing to drink, yet completely free of caffeine. You can choose from Hibiscus Tea, Peppermint Tea, Chamomile Tea or Ginger Tea, to name just a few.

Caffeine occurs naturally – in varying quantities – in the leaves, seeds and fruits of more than 60 species of plants around the world. The stimulating effect of caffeine is well known. In our everyday life, caffeine is found in coffee, tea, cocoa, cola soft drinks, chocolate, iced coffee and energy drinks. It is even in some over the counter medications like cough syrup and slimming tablets.

Caffeine can be produced synthetically and this is how it is added to those foods and beverages other than tea and coffee.

Green tea leaves are the leaves from the Camellia sinensis plant. White tea, yellow tea, green tea, oolong, pu-erh tea and black tea are all harvested from this same species, but are processed differently to attain different levels of oxidation.  The different amounts of oxidation achieved during the processing (as well as other treatments) affect the flavour, the health benefits and also the caffeine content of the tea.

Approximate caffeine levels (per serve) include:

How Much Caffeine is in Green Tea?

In general, an 8-ounce (240ml) cup of green tea contains around 25 milligrams of caffeine.

In humans, caffeine acts as a central nervous system stimulant, temporarily warding off drowsiness and restoring alertness. It is the world’s most widely consumed psychoactive drug (that is, it alters brain function, resulting in alterations in perception, mood, consciousness, cognition, and behavior), but unlike many other psychoactive substances, it is legal and unregulated in nearly all parts of the world.

In North America it is reported that 90% of adults consume caffeine daily in one form or another.

Green tea has a whole list of helpful and healthy ingredients.  Green tea has been shown to increase the drinker’s metabolic rate.  In one study on healthy men, a 4% increase in energy expenditure was shown while in another, there was a 17% increase in fat oxidation.  Results like these may hint at an increased metabolism that allows fats to be burned off more quickly – which is likely the reason for the explosion of green tea weight loss diets.

Green tea has antioxidant properties, which are another potential benefit.  Oxidants have been shown to play a large part in the development of cancerous cells so anything containing antioxidants can help reduce this risk.

There are also bioactive compounds in green tea, which have been shown to help brain function.  Over the long term, this can be helpful to try to protect the brain in old age and avoid illnesses such as Alzheimer and Parkinson’s.  While green tea is not claimed to be a cure, anything that can potentially help reduce the chance of developing these conditions cannot be a bad thing.

Last but not least, green tea contains a substance called a catechin. Unfermented green tea has perhaps the highest concentration of catechin content among naturally occurring foodstuffs, with about 27 percent of its makeup being catechins. Catechins are great for killing bacteria.  Catechins have properties that can help kill the influenza virus and also stop the growth of streptococcus mutans, a harmful bacteria that that grows in the mouth and fights bacteria in the stomach to protect you from food poisoning. At sushi bars, green tea is served after the meal for this reason!

The spectacular thing is, catechin manages to fight the deadly bacteria and inhibits the growth of putrefactive bacteria without harming the friendly bacteria in the intestine – it actually leads to the stimulation of the immune system in the body.

Is There a Detrimental Side to Caffeine?

As a stimulant, caffeine acts on the brain and nervous system. Whilst in small doses, it can make you feel refreshed and focused, it can make you feel energetic and have increased concentration. In large (excessive) doses, however, you are likely to feel anxious, irritable, have trembling hands and have difficulty sleeping.  A rapid heartbeat (palpitations), frequent urination and dehydration, even dizziness and headaches can be signs of excessive amounts of caffeine intake.

Like many other drugs, it is possible to develop a tolerance to caffeine, which means ever-greater doses are needed to achieve the same effect. Over time, your body might come to depend on caffeine in order to function at its best.

The good news is, because the levels of caffeine in green tea are so relatively low, it would be almost impossible for your green tea intake to have these effects on you. If you drink the same number of cups of green tea as you did coffee, you will have reduced your caffeine intake by around 70% in one motion.

So there you have it.  Green Tea, in moderate doses, looks to be a beneficial addition to your diet.  However, if you’re avoiding caffeine altogether for any reason at all, green tea is on your ‘no-go’ list.  Hopefully only for a short time, though!