Now You Can Host a Tea Party and Delegate it, Too! 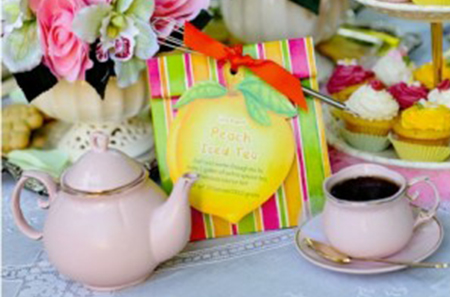 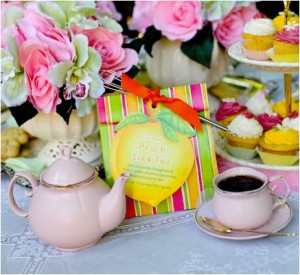 Let’s face it. Many of us already work really hard. And for some of us, hosting any kind of event sounds like a lot of work.

Even more of us, especially independent Americans, rarely delegate for a number of reasons. I struggle to delegate because frankly, it’s often “easier” to take care of the responsibilities myself than try to communicate with others what I really want them to do.

However, my mother, Anne Evans of Teaching Tea recently participated as ONE of the hostesses of a progressive tea, where the participants visited four homes in an afternoon for each of tea courses. What a great idea!! She graciously offered to share her experience with us.

Be sure to notice: The guests received a gift to take home at each stop! Wouldn’t you enjoy attending a tea like this?!

“Let’s put on a progressive tea,” a friend suggested to me recently. I liked the idea and soon found two other ladies willing to open their homes, set the table, and prepare one part of an afternoon tea. Only one of us had done anything like this previously, though we each really enjoy hosting.

First the four of us met together to plan. Our homes are only 15 minutes apart, so we allowed 45 minutes for each stop and 15 minutes travel time. We provided a map at each place giving directions to the next. One lady planned to seat guests in her shady yard. Two ladies had enough tables to seat the guests. One hostess used chairs and end tables through the main part of her home to augment the limited space at her dining table.

The tea day dawned. At the first house, the participants enjoyed a strawberry and greens salad, a simple pasta salad, and iced tea. The hostess had a guest book for signing and gave each lady a little nylon bag filled with dried lavender and rose petals as she departed.

At house two, the savories graced the kitchen counter. There were egg salad sandwiches on sprouted grain bread, broccoli spears dipped in seasoned mayonnaise and toasted, chopped walnuts. Also included were ham and chutney roll ups, open-faced cucumber sandwiches, and tiny pastry shells filled with artichoke spread and topped with shredded carrots. A caffeine-free herbal rooibos tea refreshed everyone and directions for making
tea along with some tea samples provided the parting favor.

House three served scones with jam, lemon curd, and clotted cream along with mango blackberry hot tea. White Jordon almonds in a handkerchief were tied with a pretty ribbon and given to each guest.

The fourth house hosted the sweets which were lemon squares, fresh fruit, and chocolates along with a creme brule` hot tea. The favor here was a little, cloth hat purchased at the Dollar Store. We each donned our hats as the hostess had arranged for her neighbor to pop over and take a group picture.

Everyone talked and laughed their way through the entire tea, learning new things about the whole wonderful affair of making friends with tea.

The four of us met a week later to savor our success and ponder any improvements for next time. We decided our only misstep was in not writing our phone numbers on the maps. One lady did need some intervention on directions and a number would have simplified that frustration for her.

So, if you’re not wanting to tackle a tea all alone, how about getting together with a couple of friends for a progressive tea? Start small and simple. You’ll be amazed how delighted your guests will be.