Tea Mystery Books You May Have Missed 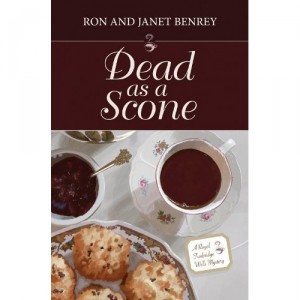 I admit it.  I tend to like the television series that do not get picked up.  You know, the 8 episodes that are pulled from the channel due to lack of interest.  Yep.  Those are my favorite.  So it is no real surprise that I am in love with a short lived book series called “The Royal Tunbridge Wells Mysteries.”

There were two books in this series published in 2004.  “Dead as a Scone” and “The Final Crumpet” by Ron and Janet Benrey.  Both books are now out of print though you can pick them up used on Amazon for as little as .25 cents used.  The great news is that the authors have just republished the books on Kindle!  For only $2.99 you can instantly download the books and read them on your digital kindle or on your computer or phone.

Dead as a Scone:

Murder is afoot is the sedate English city of Royal Tunbridge Wells … and the crime may be brewing in a tea pot!

Nigel Owen is having a rotten year. Downsized from a cushy management job at an insurance company in London, he is forced to accept a temporary post as managing director of the Royal Tunbridge Wells Tea Museum. Alas, he regrets living in a small city in Kent, he prefers drinking coffee (with a vengeance), and he roundly dislikes Flick Adams, PhD, an American scientist recently named the museum’s curator.

But then, the wildly unexpected happens. Dame Elspeth Hawker, the museum’s chief benefactor, keels over a board meeting—the apparent victim of a fatal heart attack. With the Dame’s demise, the museum’s world-famous collection is up for grabs, her cats, dog, and parrot are living at with Flick and Nigel—and the two prima donnas find themselves facing professional ruin.

But Flick—who knows a thing or two about forensic science—is convinced that Dame Elspeth did not die a natural death. As Flick and Nigel follow the clues—including a cryptic Biblical citation—they discover that a crime perpetrated more than a century ago sowed the seeds for a contemporary murder. 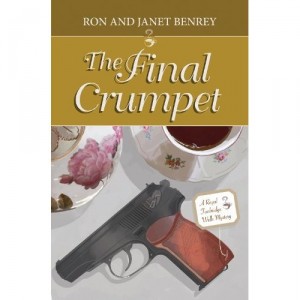 When Nigel Owen and Flick Adams—the new director and curator of The Royal Tunbridge Wells Tea Museum—dug up two stunted tea bushes in the museum’s garden, the last thing they expected to find was the body of England’s most famous missing person.

Etienne Makepeace, England’s renowned “Tea Sage,” disappeared forty years ago without a trace. But there he lies, in a shallow grave, and every policeman and reporter in the British Isles wants to know why.

So does the stodgy manager of the stodgy English bank that’s about to fund the museum’s acquisition of a major collection of antiquities. He’s ready to pull the plug on the deal.

Flick and Nigel have no choice. To save their beloved museum, they must learn the secret of Makepeace’s disappearance—first! Their investigation takes them back to the 1960s and reveals what even the spymasters of Her Majesty’s Secret Service don’t know: Etienne Makepeace brewed more trouble than tea during the Cold War.

Royal Tunbridge Wells (where these stories take place) is a real town west of Kent, England and only an hour or so drive from London.  Want to virtually visit? Here is a link to learn all about this area of the world:

Want to discover the fictional tea museum?  You can! The authors of this book series have created a virtual tea museum at http://teamuseum.org/ Explore the museum floor plan, the characters and read a free chapter from each book.

Personally, I want MORE! More books in this series.  So download them, read them and tell me what you think!

More articles you will love:

How To Host A Mystery Tea Party

The Way to Tea–A Book Review

How to Take Tea with Jane Austen

Tea Party Girl Asks: What are your favorite Tea Mysteries?